COMIXTALK: Making bad puns in the blog post titles since 1886

Welcome to another edition of Let’s Get It Arted eh actually let’s stick with:

First off let’s congratulate recently funded projects including Tiny Kitten Teeth, Dear Dinosaur, Jet Pack Jenny, Circus Saudade, Spike’s Smut Peddler which so far has doubled its funding goal, and Shannon Garrity’s Skin Horse 3 Book which has nearly tripled the goal she set for it.  Some of these are still live so more money pledged might mean more stuff made.

THIS KICKSTARTER DRIVE IS SO BABIES! Dave “Whatchoo Talkin’ ‘Bout” Willis is in the midst of a drive to raise the cash to print the first book collection of his newest webcomic Dumbing of Age.  He’s also said in the project that if this Kickstarter fundraiser reaches $20,000 he will reprint the out-of-print Shortpacked! Book One again. 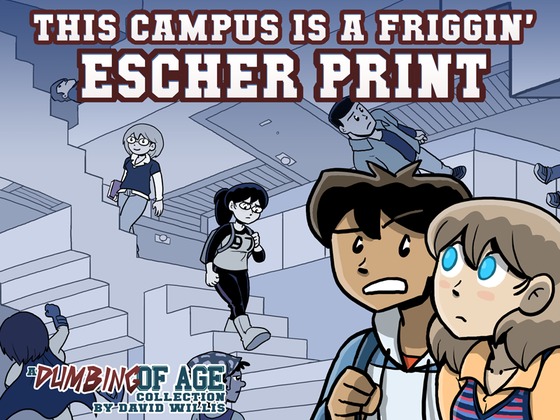 FUND A WEBCOMIC? This Kickstarter drive, titled “Fund Our Webcomic: Montgomery X. Chesterfield” is actually what it says — give the project money and Salvatore Pane, Mark Kleman and Kat Larkin will make a free webcomic. “The more money we generate, the more frequently we can update MontyX.com with more free material.” Honestly, while I’m not going to begrudge anyone trying anything to help themselves make comics, this surprises me that Kickstarter approved it.  Granted they are only asking for 100 bucks but there’s no real there there to what the project is funding.  It’s not even a commitment to a particular update schedule or a number of comics or finishing a story or…

EXPENDABLE: I like the title on this one —  the funds will go to printing a Henchmen for Hire graphic novel which will collect the first story of the webcomic in a large, full-color 140+ page paperback format. 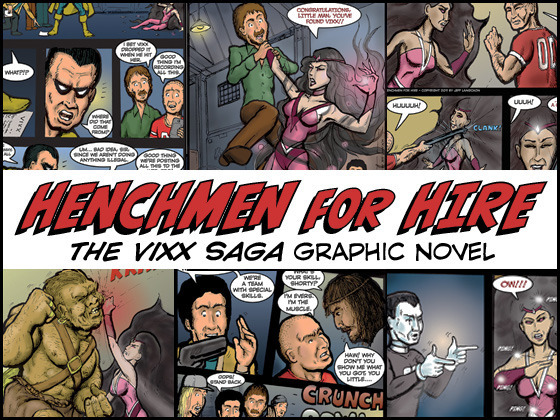 PUSH IT OVER THE LINE: This one is super close to hitting its goal. The elevator pitch for it: “It’s basically Beowulf, starring a bunch of nerds. Also, Sasquatch.”

TOMORROW NEVER KNOWS: This one looks like a lot of fun –

Tomorrow Jones is about a 14 year-old girl named Tomorrow who comes from a family of superheroes. While she may be strong enough to fold an armored truck into origami, Tomorrow has to pretend to be a normal girl at school. Her father won’t take her seriously, and her traditional heroine mother expects Tomorrow to follow in her footsteps. But Tomorrow doesn’t want to dress in skimpy spandex though, and starts fighting crime unmasked and simply wearing jeans and a T-shirt with her real initials on it. All the while her parents keep trying to get her to do things “the traditional way” and Tomorrow finds she might be getting in over her head in the superhero community.